This mod adds a set of new spells that even the Sages fear! These spells allow Spellcasters to spread pain and misery for their own benefit or just their amusement.

These spells all belong to the Untamed school of magic. Spellcasters need to be rank 4 (Master) in order to learn them, but not all of the regular methods will work. The Sages have tried to keep these spells a secret and won’t teach them to your Sims, nor will your Sims be able to discover these through normal practice. Some collectors may still have the old tomes and could be willing to part with them for a high price. Inflicting pain on others by winning a duel may allow your Sim to discover these dark spells.

This mod requires the Spellbook Injector mod by r3m & Simsonian Library in order to show up in game.

Note: For all spells listed here, Sims with the Good trait will get a +5 Sad moodlet for 7 hours upon successfully casting it.

Siphon the vitality of another Sim to restore your own energy.

Note: This spell generates more charge than normal! (80 points instead of the standard 40)

Summon a swarm of angry bees to attack another Sim.

(requires Get to Work)

Inflict sickness and malady on another Sim.

Draw on your own life-force to replenish their needs, but at what cost?

Note: This spell generates more charge than normal! (80 points instead of the standard 40)

Note: While Teens are able to learn this spell for later, only Young Adults and older are able to cast it.

This is not a spell but an addon that will help your Sims learn the spells in this mod. If a Sim knows every spell from the unmodded game, they will ordinarily be locked out of "Duels for Knowledge" with other Sims. Since dueling is one of the more reliable ways of learning these spells, that can be pretty inconvenient. This addon makes it so your Sims can still duel at least until they learn all the Forbidden Spells.
Note: this does not apply to all custom spells from other mods

Umm How Do Unlock The Spells? I Have Seasons And Get To Work.

You need Realm of Magic to use this mod.

Check the spellbook shops regularly for tomes or win duels for knowledge.

Yes. Are you having any issues with it?

Do you think you could either make a custom romance spell? or alter infatuate so that a: the castor can make the target fall in love with them? or idk have it have longer lasting effects? id like to be able to have my bad boy spellcastor be able to force people to fall in love with him.  but it only lets you make 2 other random sims fall in love...

I'm currently not making any more custom spells, as the spellbook injector has been getting more unstable over time and the original creator is not around. Especially for Mac computers, some players are not able to use more than 4 spells and some players can't even use 1.

@kuttoe is it any way to get rid of the grim bargain spell from you're sim? if not can you make one, if a sim doesn't use the Untamed magic for a couple of days or magic at all it should slowly go away

@kuttoe you should create a locator spell for witches... To perform dispel which needs to get the blood of another Sim no matter occult They’re from and to find the spell that way if the spell is done correctly it locates all family members in that family tree

Unfortunately, there is a group of players, particularly people using Macs, who get very strange bugs and errors when using the Spellbook Injector. It typically happens with people who have more than 3 spells installed. As r3m, the creator of the injector, has not been around for a while in order to update the script, I do not want to exacerbate the problem by creating any new spells at this time.

Hello Kuttoe! I translated this mod to Russian. Can i send you it on Discord?

Added them to the mod now! Thanks for your patience, and thanks for sending it to me! :)

Will you be adding a new dark spells anytime soon?

Hello Kutto, I offer you my FR translation for the mod "Incognito Spell". It's very difficult to connect on MTS and to contact you :-(

Hello, and thank you for the translation! I will get to work adding this to the mod.

I'm not sure why MTS is giving you problems. I have my inbox open there. If it continues to be an issue, contacting me here is fine and there's always Discord, too.

Hey Kuttoe, i translated this amazing mod to Portuguese (Brazil). I want send to you. How i do it? i don't find your email...

Hello Mike, thank you for your kind words and the translation! You can send me the file directly on Discord if you have an account, or upload it to a sharing service and post the link here or DM me on ModTheSims.

okay, this the link https://www.mediafire.com/file/zdy8q583krvf8u1/%5BKuttoe%5D_ForbiddenSpells_-_Po...

Thanks! I have now added it to the mod.

I just recently bought all the expansions; game packs and stuff packs. Haven't had played; since the sims 4 base game  came out. It is mods like this that helped encourage me to play again. Excellent works on the forbidden spells.  These forbidden spells; really work well for my two evil spellcasters. Just wondering; you have any further plans in store for this amazingly epic mod? If not; just wondering.  Regardless; I am extremely thankful for what you have bestowed upon us.  Thank you sir/or madam

Thank you for the kind words. I'm glad you are enjoying the mod! I am currently working on other spells and mods in between playing University, but nothing is currently planned for this particular mod pack. If I get any more spell ideas which are thematically appropriate for it, I will surely add them here.

You are very welcome and thank you yet again. Ooo new spells and mods eh? Spells are always welcome. I can't wait to see what you have planned out for this. I will be keeping my eyes peeled.  Can not wait.

When I put these spells into my game, it deletes the duplicato spell from the pie menu somehow.

Thank you very much for the report! That was a pretty serious bug. It should now be fixed in the new version I just uploaded.

No problem. Thank you so much for the quick fix! 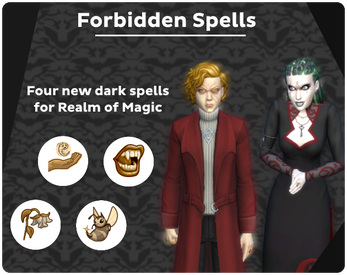 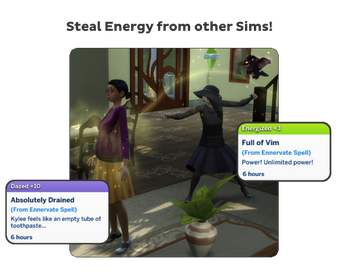 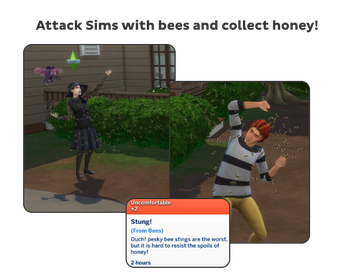 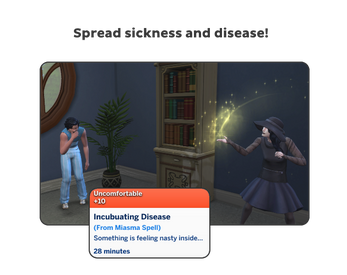 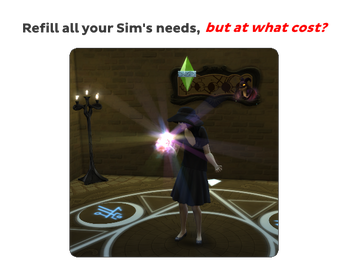