This is a temporary space for mods without a dedicated space while I reorganize my itch.io page, for those who do not follow my Patreon or can't access the site for various reasons.

This mod removes the notification that was added in the Eco Lifestyle patch that you get whenever you enter a lot with the Off-The-Grid lot trait. This can get annoying if you frequently travel between lots and it can quickly fill up your notification wall.

This fix alters the the test so that regular friends get a small bonus and good friends get the maximum bonus, and thus returns the social interactions to their proper place.

This is a fix for a long-standing bug that my friend mangoninja told me about. Sims who order the espresso "For Here" at cafes or drink them in their own home would get a small boost of Energy but would not get the moodlet they were supposed to. It appears that these drinks were checking the wrong drinking interaction and wouldn't give the moodlet to Sims unless they were seated. This mod changes it so drinking coffee in any posture setting will give Sims the correct moodlet.

Mascots What Are You Doing

This is a fix for an issue with some university events where mascots are supposed to be present. They are supposed to walk around and eventually make their way to the stadium, but unfortunately their spawn point is also set at the stadium so instead they despawn immediately. If you hover the camera near the stadium, you could see the mascots flicker in and out of existence many times during the course of the event. This mod changes the spawning behavior of mascots in four different situations so they start off in a better place and spend time in the world before exiting.

No Crying in Beer Pong

This is a mod to deal with a minor annoyance I have with beer (or "juice") pong. When a Sim misses a shot or loses the game, they will take a moment to sob. This puts a damper on the mood of the party, and really no one should take beer pong that seriously. This mods changes it so the Sim will just sigh and act a bit frustrated instead of getting tears in their cup.

This a simple script mod that adds the new "Check Recent Neighborhood Stories" notifications to the "Check Social Media Timeline" interaction. This works on the phone, computer, and even the smart glasses from Discover University.

If you have TwistedMexi's Story Progression Viewer mod installed, it will display his custom notification window instead.

This is a script mod that adds Dog Walkers and/or Strays to other worlds besides Brindleton Bay without removing any existing walkbys or NPCs from those regions. Incidentally, I've also included a bug fix that makes it so Dog Walkers are far less likely to get stuck at the spawn points.

Install the main ts4script file, and then one or both package files to add Dog Walkers and Strays as you please.

This replaces the new phone icons with things that look like contemporary apps instead of moodlets. I tried to use similar color schemes as the originals to keep a sort of familiarity, but the icons themselves are all new. This is just a cosmetic change, there is nothing different about the menus or the interactions they contain. 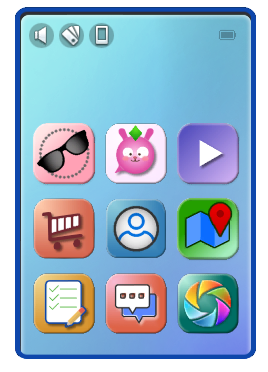 The best way to get ahold of me is the  Sim After Dark Discord server. It is a joint mod support server for LeRoiDeTout, Shinobu Nox, NC4T/Keke, and myself. It is a lively server that offers troubleshooting for our mods and others', as well as discussion about The Sims 4.

All my mods are free to download and will remain so, but if you'd like to support me you can pledge to my Patreon where I occasionally post progress updates and exclusive access to beta versions of my newer mods.

Put each file in your Documents\Electronic Arts\The Sims 4\Mods folder, or a subfolder in that directory. Make sure you have mods and scripts enabled in your game settings.

Hello. Could you please add CheckNeighborhoodUpdates functionality to gossip about neighbors too? It would be perfect. And btw thank you for your mods. You are making my gameplay playable, as a lot of other talented creators do :) 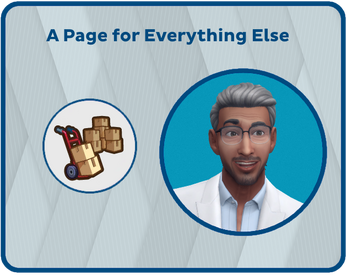